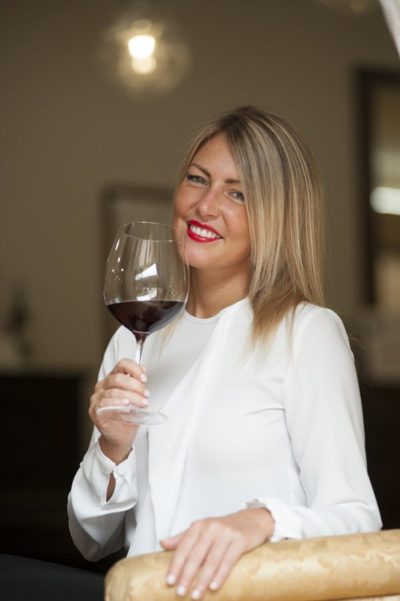 Her appearance is as familiar as the girl next door. Yet, Valentina Abbona is bright, worldly, passionate and the face of the sixth generation of the Marchesi di Barolo estate. She and her family inherited a long-standing winemaking tradition of creating world-renowned wines.

The name is certainly rooted in history dating back to the 1800s when Marchese Carlo Tancredi Falletti di Barolo and his wife, a French noblewoman named, Juliette, made wine that became known as “the wine from Barolo.”

Then, in 1929 local winemaker Pietro Abbona purchased the cellars and vineyard holdings formerly owned by the Marchesis. Today, Marchesi di Barolo remains a family business, under the direction of Pietro’s great-grandson and fifth-generation winemaker, Ernesto Abbona and his wife, Anna.

Their daughter, Valentina, spoke of her family’s history and the wines it produces, namely Barolo, which is made of the Nebbiolo grape that Thomas Jefferson once described by saying: “It is about as sweet as the silky Madeira, as astringent on the palate as Bordeaux and as brisk as Champagne.” Valenina also talked about Barbera and other natives to the region, including Gavi, Arneis, Dolcetto and Freisa, among others.

When tasting the wines, each grape variety released the expressiveness of that specific place, from a rich and pleasingly seductive Dolcetto, to a voluptuous and juicy Barbera, and finally to Nebbiolo — exquisite, refined, dramatic and possessive of a dimension absent in others.

Barolo Chinato is an aromatized wine made of the Nebbiolo grape sourced from its home in Piedmont’s Barolo region. To make Chinato, producers such as Marchesi di Barolo macerate a special blend of herbs and spices to the wine. The recipe is quite secret. 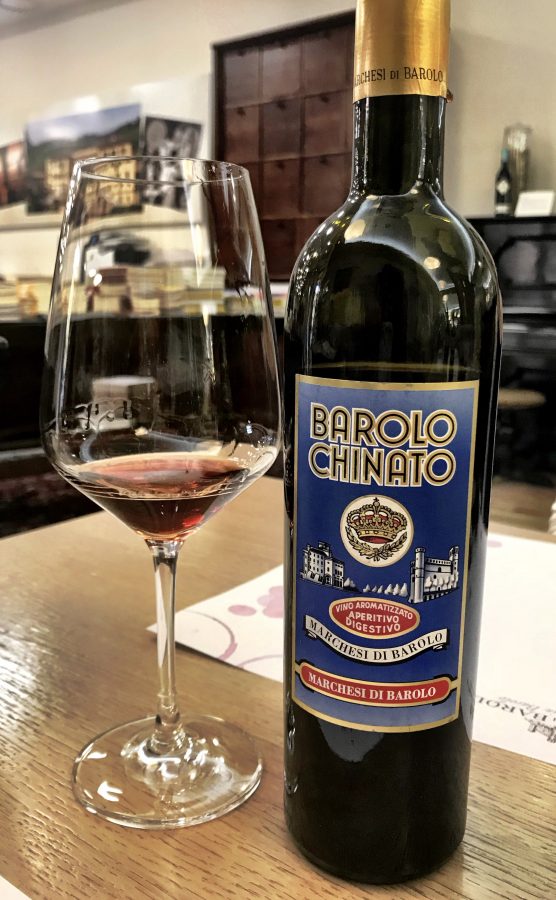 The drink’s bitterness arrives primarily from what Italians call china (pronounced KEY-nah) — also known as cinchona — the South African tree bark that produces quinine. The bitterness is the sort that brings a smile, arising near the end with its long and flourishing, complex and beguiling finish.

According to Michael Garner, co-author of Barolo — Tar & Roses: A Study of the Wines of Alba, Chinato was invented in the late 1800s, probably by Giovanni Cappellano, a pharmacist whose family owned vineyards in Serralunga d’Alba.

“It’s a great digestive. I really think it’s a thing of beauty,” said Abbona while pouring a glass of Chinato. “I think it’s special because it changes according to the person who is tasting it. And, not everyone sells Chinato; some keep it as a home treat, but we have always continued to make it and, for me, this is really fun.”

Where one producer might use 33 herbs and spices, another uses less. And for others, there is no set recipe, and the exact combination of ingredients is a closely guarded secret.

“We use orange, different kinds of vanilla, cinnamon, juniper, and others and macerate in a sugary solution, leaving it in infusion, then blend it with Barolo. It’s usually an older Barolo, older than Riserva,” she explained.

Before long, chocolates arrive on a dish.

“These are called Baci di Cherasco — Kisses from Cherasco,” she said of a town located just five miles northwest of Barolo, where the specialty Piedmontese chocolatey biscuits are made with the region’s noble hazelnuts. “It’s the best to have these with Chinato.”

In the glass, the color of Barolo Chinato is garnet red and tinged with amber-orange reflections. The aroma is intense, with scents of exotic spices of gentian root, cardamom seeds and cinnamon. The warm and inviting aromatic flavor with retro-nasal sensations is like a spiritual embrace.

And this is just one of the many wines the family estate produces. 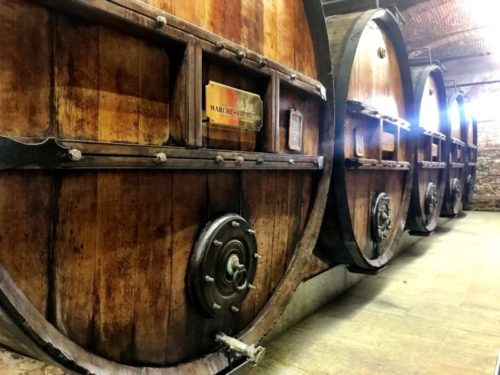 “We are not small because we produce over one million bottles a year, but it’s a lot of different types. Six types of expressions of Barolo, five Barbera, three Dolcetto, for example; a large number of DOC and DOCG, and the winery is active all year-round.”

She explained that despite the name and the size of production, the business remains family-focused, which, therein means each wine is provided with special care and attention.

“Marchesi di Barolo is a very old producer. We are proud that the Marchesis made it so well known in the 1800s, but today, it’s just us — my mom, my dad and myself.” Those who work at Marchesi di Barolo are an extension of her family.

“We spend a lot of time together; it becomes part of everyone’s life,” she said. “We constantly talk, and they become part of the family, and that’s how we are able to provide the right care, knowledge, and attention. And those are the most important values.”

And with that, another sip of Barolo Chinato is like drinking to their vision: creating a treasured offering that is immersed in history, crafted with care and passed on from generation to generation.