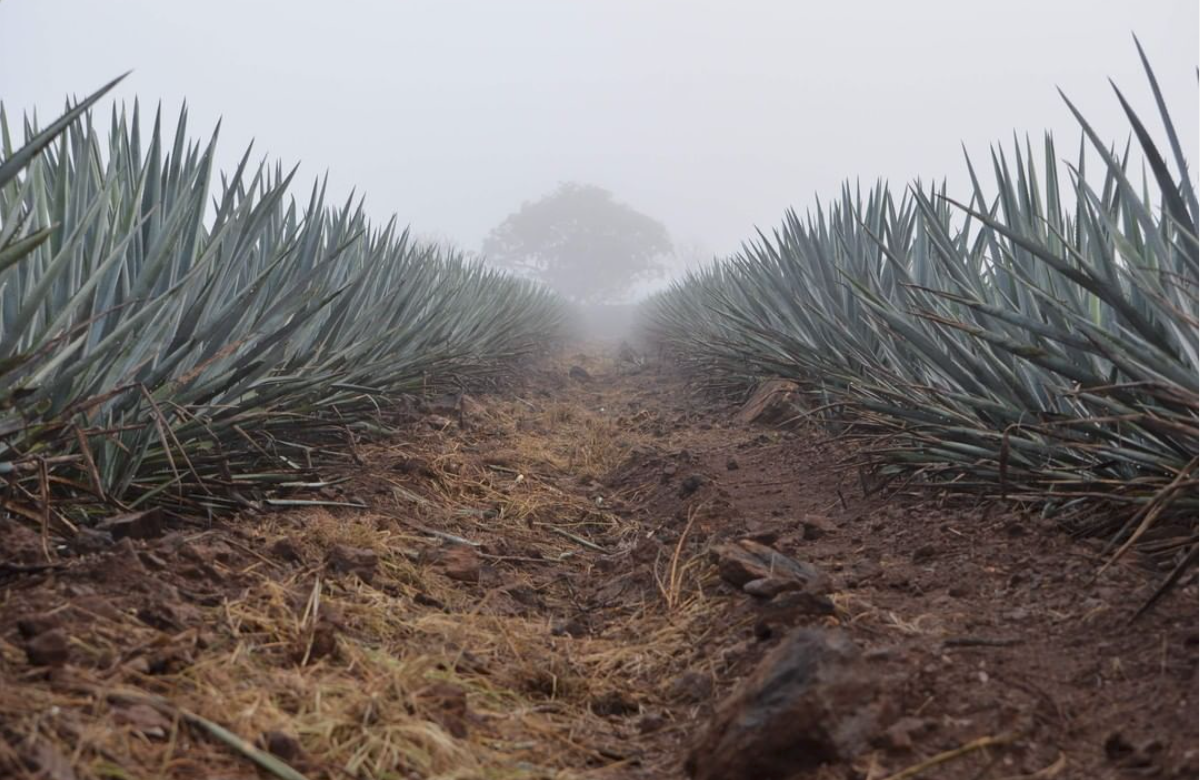 Discerning drinkers know that Tequila is the spirit of a classic Margarita and that it comes from the blue agave plant. Furthermore, they can recognize the major styles: Joven, Resposados, and Añejo, for example. But then still other drinkers approach Tequila like it is wine, spending time learning about the history and terroir and how the soil and climate affect the final product in the bottle. As a wine lover, I can really relate. Recently, I had the opportunity to taste  the newly released Casa Dragones Tequila Añejo and was drawn to it by the place, and how it expressed itself in the glass.

Agave, like wine grapes, acquires different profiles and flavors depending on the climate, topography, and soil that they are grown in. Other considerations include production – how the agave was harvested, crushed,  and cooked, along with duration and temperatures; fermentation and what type of yeast is used – if any. The distillation procedures, as well as the aging techniques – all these will lead to unique aromas and flavor profiles.

Tequila Terroir
In the state of Jalisco, Mexico  where  most of the genuine tequila is made, there are two primary regions: The “highlands” and “lowlands.” (The lowlands are still high in elevation – approximately 3, 500 feet).  And in the middle of the lowlands on the southern end of the town of Tequila is a volcano – also named Tequila. This imposing stratovolcano soars approximately 9,500 feet high and overlooks the rolling hills of blue agaves. Up until its last eruption during the Pleistocene age some 200,000 years ago, the volcano produced large quantities of lava, including obsidian, making this region one of the most significant in the world for obsidian deposits.

As one might guess, the soil and rocks of the hillsides and plains where the agaves grow are naturally composed of volcanic debris. Even today, the streets of Tequila are littered with volcanic rock.

If you’re a rock lover like me, you’ll appreciate obsidian for its unique properties – a slick, naturally-occurring glass that was once molten magma. It is almost totally absent of mineral crystals because during its formation, it cools rapidly. Obsidian is one of the most unique and beautiful pieces of nature. And why are soil and rock so important to the Tequila conversation? These are important connections to make when learning about anything grown in them.  Agaves prefer well-drained soils such as the permeable loams derived from the iron-rich volcanic rocks in Mexico’s volcanic axis. Obsidian naturally provides aeration in the soil, promoting excellent drainage. But it doesn’t necessarily contribute to the flavors or aromas of the Tequila. Contrary to mineral flavors one might draw from say stony, calcareous soils, obsidian is inert. Understanding the origins – what surrounds the agave – makes for better appreciation of Tequila.

Agave that grows in the lowlands thrive on volcanic soil with nutrients such as silica, potassium, iron, and copper, which are vital for the development of the leaf and the heart of the agave. The weather is harsh and dry and the nights are warm. The result is a less-hydrated plant. It’s tough and resilient and draws its essence from the dry soil around it. Commonly, this tends to lead to agave with flavors of spice, herbal, citrus, and earthy nuances, with a hint of cinnamon and damp clay aromas from the dark volcanic soil. Tequila from here are a bit higher in viscosity and so they are ideal sippers, as it dances on the tongue a little longer.

Highland agave grows in the Los Altos region of Mexico in a much more mineral and iron rich soil, evident by the red volcanic earth. The climate is also cooler due to the elevation and higher rainfall. This combination  causes the agave to mature slower with a higher sugar yield producing a much fruitier, sweet taste. The aroma is persistently floral and light, with a hint of honeyed citrus and vanilla. The viscosity is lower and more delicate.

Climate and Elevation
The ideal growing conditions for agave in general are found in semi-arid areas where temperatures average about 70 degrees  year-round with little variation, and where rainfall averages 950 mm/yr (37 inches). In Jalisco, this means that areas at an elevation of about 1,500 meters (approx 5,000 ft.) above sea level are favored. Agave is sensitive to extreme weather conditions.  Severe winters can easily kill the crop, and too much rainfall can render it useless. Jalisco generally has conditions that suit the plant perfectly — long, hot summers with little precipitation.

Casa Dragones’ agave fields are located  in the Jalisco Lowlands,  approximately 1,200 meters above sea level within the Trans-Mexican Volcanic Belt,  a chain of active and inactive volcanoes across Mexico. At this elevation, it experiences fluctuations between hot arid periods and cool heavy rains. These high elevations and rapid temperature changes are ideal for agave growth, making this region the first to commercially produce Tequila. The agave in this area tend to be denser than their cousins in the highland region.

Wood Aging
Anéjo spends time in wood, and Casa Dragones utilizes two different wood barrels –  new French Oak and new American Oak. Oak trees destined to become barrels are ideally grown in cool climates, which gives them a chance to mature slowly and develop a desirable tight grain. Speaking in broad terms,  French oak barrels from main forests in central France are typically more subtle and spicy, offering textures of satin or silk. American barrels – mostly from the midwest, Oregon and Appalachian, tend to be more assertive in flavor, often described as  vanilla, or coconut, resulting in wines with a more creamy texture. Casa Dragones hand-sources their wood  for their individual flavors and characteristics. At the end of the aging process, both barrel styles are blended together to create a uniquely smooth taste profile.

So after a brief discussion on terroir, climate, and wood, finally my thoughts on Casa Dragones…

In my glass of Casa Dragones Tequila Añejo
The small-batch producer is known for its ultra premium sipping Tequilas. The magic of tasting Casa Dragones Tequila Añejo is sipping the soil from the lowlands that nurture the finest Blue Agaves, that is then cradled in select, fine-grain woods from French and American forests. On the nose, musky floral and wood, presence of cedar, vanilla, toasted coconut, field herbs, cinnamon, and a whisper of night blooming jasmine. The cinnamon persists through the palate with orange peel and essence, vanilla, clove, almond, a subtle illusion of sweetness of caramel, ripe, tropical fruits, finishing with bananas foster and mild saline mineral edge. This is a sipping tequila that gives generously. It is ultra smooth and agave-forward, and it will appeal to aged spirits enthusiasts, including those who gravitate towards whiskeys, as well as to wine lovers.

[All photos courtesy of Casa Dragones]