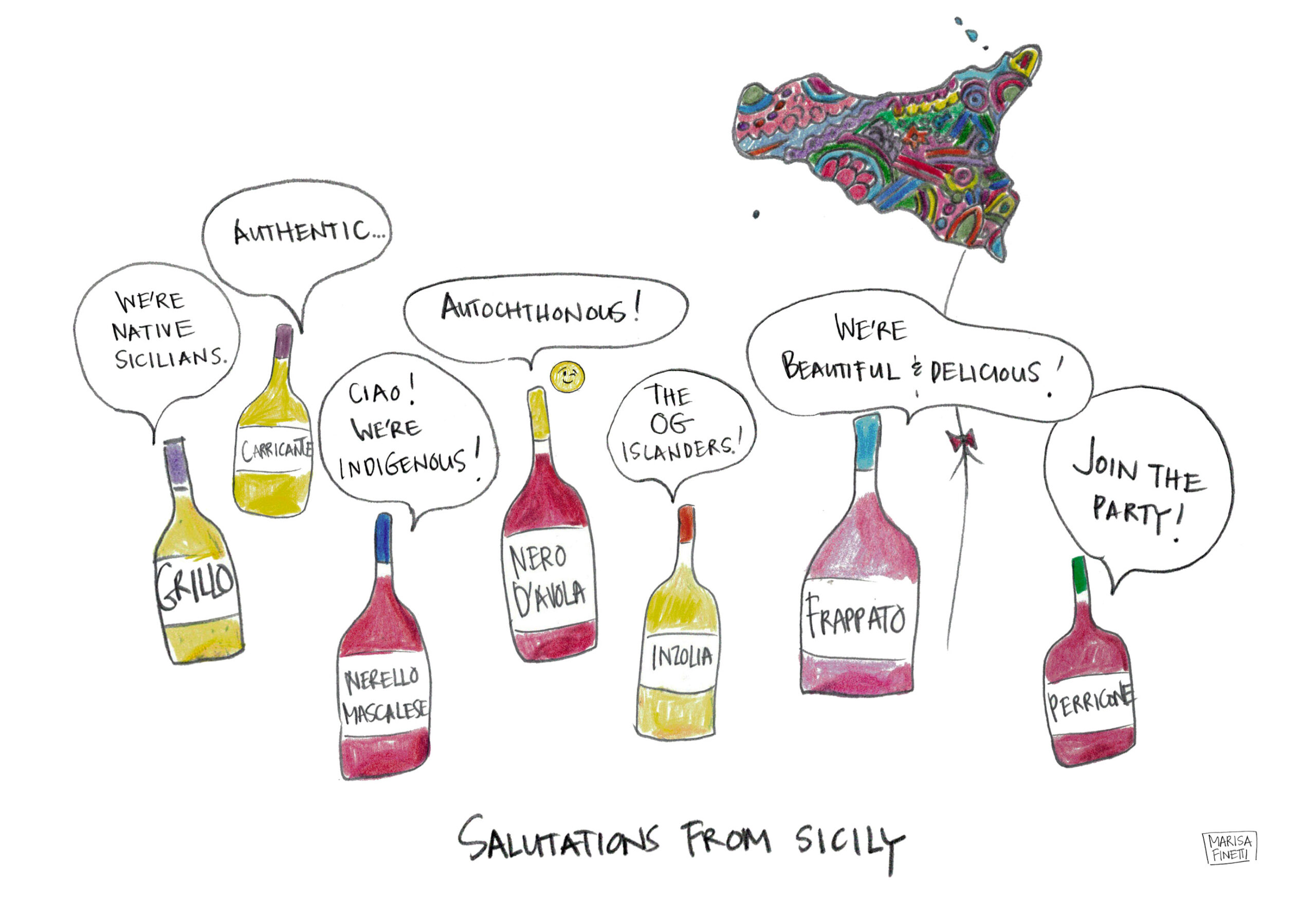 Are we still in Sicily? Indeed, we weren’t in Palermo anymore. The beautiful and distinctively gritty capital city from two days ago boasted the impressive and massive neoclassical Teatro Massimo opera house, the largest collection of mummified remains in Europe, and a cathedral designated as a UNESCO World Heritage Site. Palermo was also a bit slippery underfoot and yet olfactorily stimulating – at the fish markets – where we sat at L’Acerba for shrimp crudo, chunks of fried cod, and fritto misto. At night we found comfort at bars like Basoli and Balordi for a nightcap, where we met a local architect who took us on a walking tour under the golden street lights that cast a sheen on the slick cobblestone beneath our feet. That was Palermo. 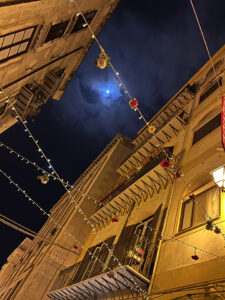 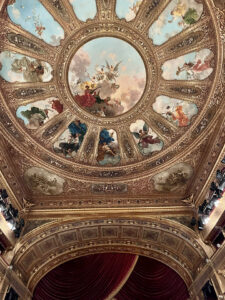 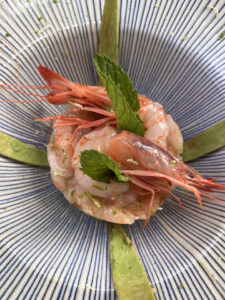 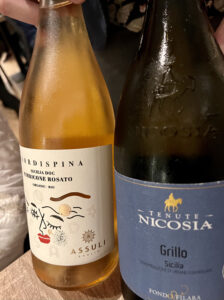 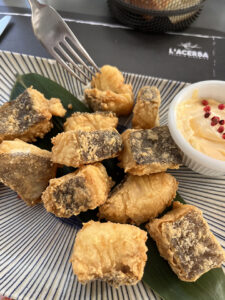 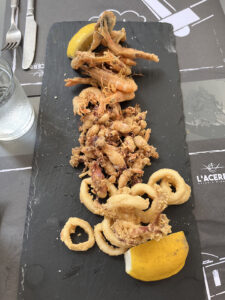 But now we’re in Ragusa. The ancient hilltop town is carved out of cream and sand-colored limestone and adorned with Baroque’s ornate splendor. The Duomo of San Giorgio is a focal point at the top of a monumental staircase, and even more steps meander through this city of undeniable charm. As I take a sip of my spritz, I realize that experiencing Ragusa is like turning another page in Sicily’s 4,000-year picture history book. And Sicily is not only varied culturally but also viticulturally. It’s a real looking glass transition as Sicily is writing a new story about its wines while bookmarking its very own identity. 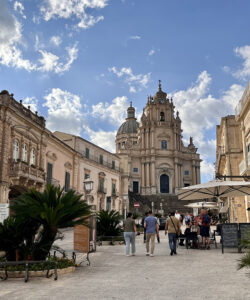 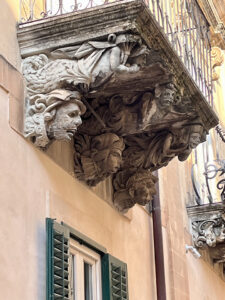 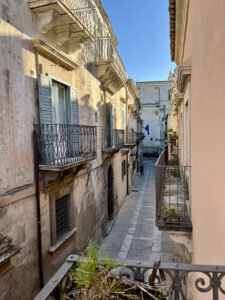 Sicily has always been a remarkable source of wine. But the rustic and plentiful table wines of days-gone- by couldn’t be further removed from the reality of modern Sicilian wine. Today, Sicily is showcasing a refreshing transition, capable of producing an array of lively wine styles that align with the freshness, effortless drinkability, versatility, sustainable goodness, and purity of fruit that drinkers seek today. And to answer the first question, yes! This is still Sicily.

Thanks to a passionate generation of wine producers who embrace the island’s indigenous grapes, such as Nero d’Avola, Grillo, Perricone, Frappato, Cataratto, and Nerello Mascalese, to name just a few, Sicily’s new-wave wines are standing out as distinctive cultural emblems. 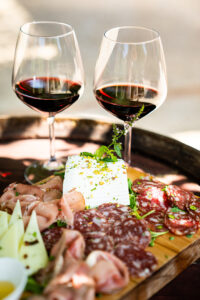 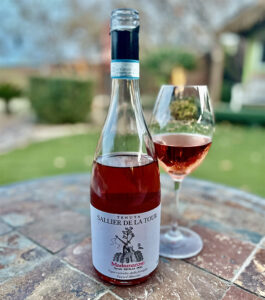 But there could be no better introduction to Sicily’s astonishing stylistic continuum than the island-wide Sicilia DOC designation. Representing Sicily’s whole territory, the designation unites the island’s various and distinct expressions into a coherent wine region. Sicilia DOC is also leading the charge in sustainable and organic practices. Fortunately, Sicily’s warm and largely dry Mediterranean climate with fresh coastal breezes lends itself to being particularly well-suited to organic viticulture. 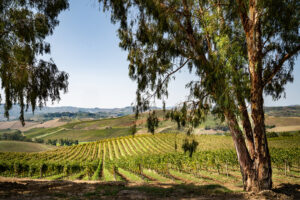 Sicily offers a mosaic of geographic and geological factors that directly translates to a diverse range of wine styles. From the volcanic soils of Mount Etna that dominate the eastern skyline. The convergence of soils at the African and Eurasian plates that meet along the southeastern tip, to the lower slopes and coastal plains that sweep from east to west, the terroirs, terrains, and microclimates are so plentiful, one might suggest Sicily be regarded as a continent instead of an island.

And what about our palates? A  slight shift in our affinity towards lighter wines styles of finesse, has played to the strength of these Sicilian producers, who specialize in agile reds and whites with invigorating acidity, including those from the Etna area (which deserve a story of their own later).

Among the many indigenous wines Sicily offers, I adore Frappato from the southeastern coast. Its lovely floral freshness is as intoxicatingly delightful as its translucent red hue. Frappato’s vivaciousness comes from great acidity and less power but it maintains attitude, offering a juicy, light-bodied wine while being ethereal and bright. 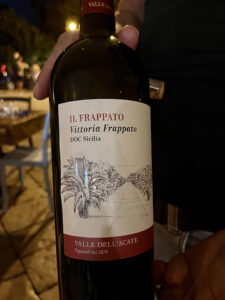 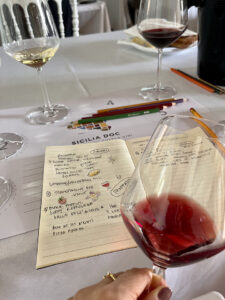 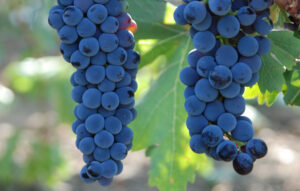 We cannot ignore Sicily’s most planted grape, however. Nero d’Avola is a deeply colored, full-bodied bramble of wild berries with a sprinkling of spice. It’s capable of many expressions, from easy-going to complex and structured versions. 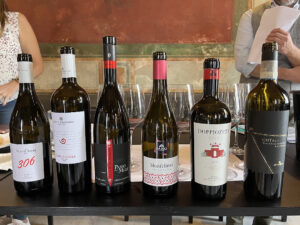 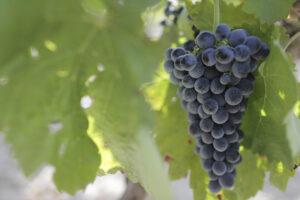 Yet another one of Sicily’s ancient grapes – rescued from near extinction – is the charming Perricone. As winemakers have increasingly discovered, when taken out of blends, it yields savory, ruby-hued wines that draw attention for their food-friendly appeal.

For whites, Grillo! Known once for being an important grape in the fortified Marsala, Grillo is now identifying itself with dry, thirst-quenching versatility. Herbaceous, floral, and citrus with great acidity, it begs for seaside dining in the charming town of Marzamemi. 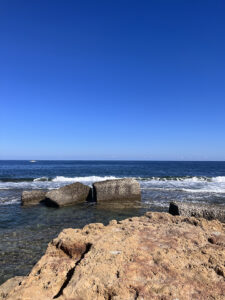 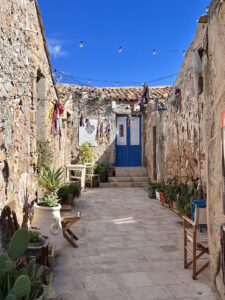 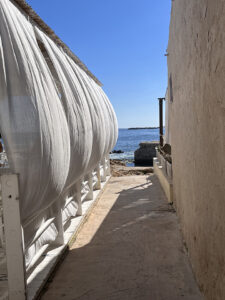 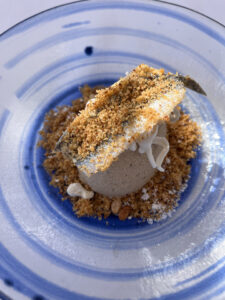 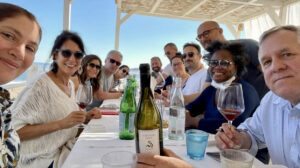 And still just as promising is the ancient Inzolia grape – otherwise known as Ansonica in Tuscany – which is admired for its round, hearty and nutty character that finds balance with a fine bead of acidity. 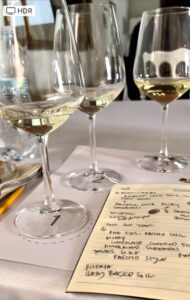 Sicily has developed over centuries. The sites, ancient fortifications, and villages tell us so, from the crusader castles and Norman structures of Palermo to Catania’s Baroque architecture. As the page turns to Sicily’s next chapter, the re-discovery of its wines and its land add to the intrigue. Sicily is sustainable by nature – the different soils, a climate that promotes eco-responsible farming, an abundance of native varieties, and biodiversity – yet it has deepened its commitment to sustainability, ensuring that diversity will continue to shine and more stories will be told for generations to come.

My two-week-long visit to Sicily was, in part, a media tour organized by Colangelo & Partners and Sicily DOC. This portion of my travel and hospitality expenses were entirely sponsored and all wines were samples for review. I want to thank Filippo Bartolotta for his time and education and for the opportunity to taste the wines, experience the land, open my eyes, and invigorate my soul.  Additional samples provided by Dalla Terra. 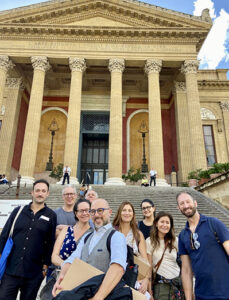