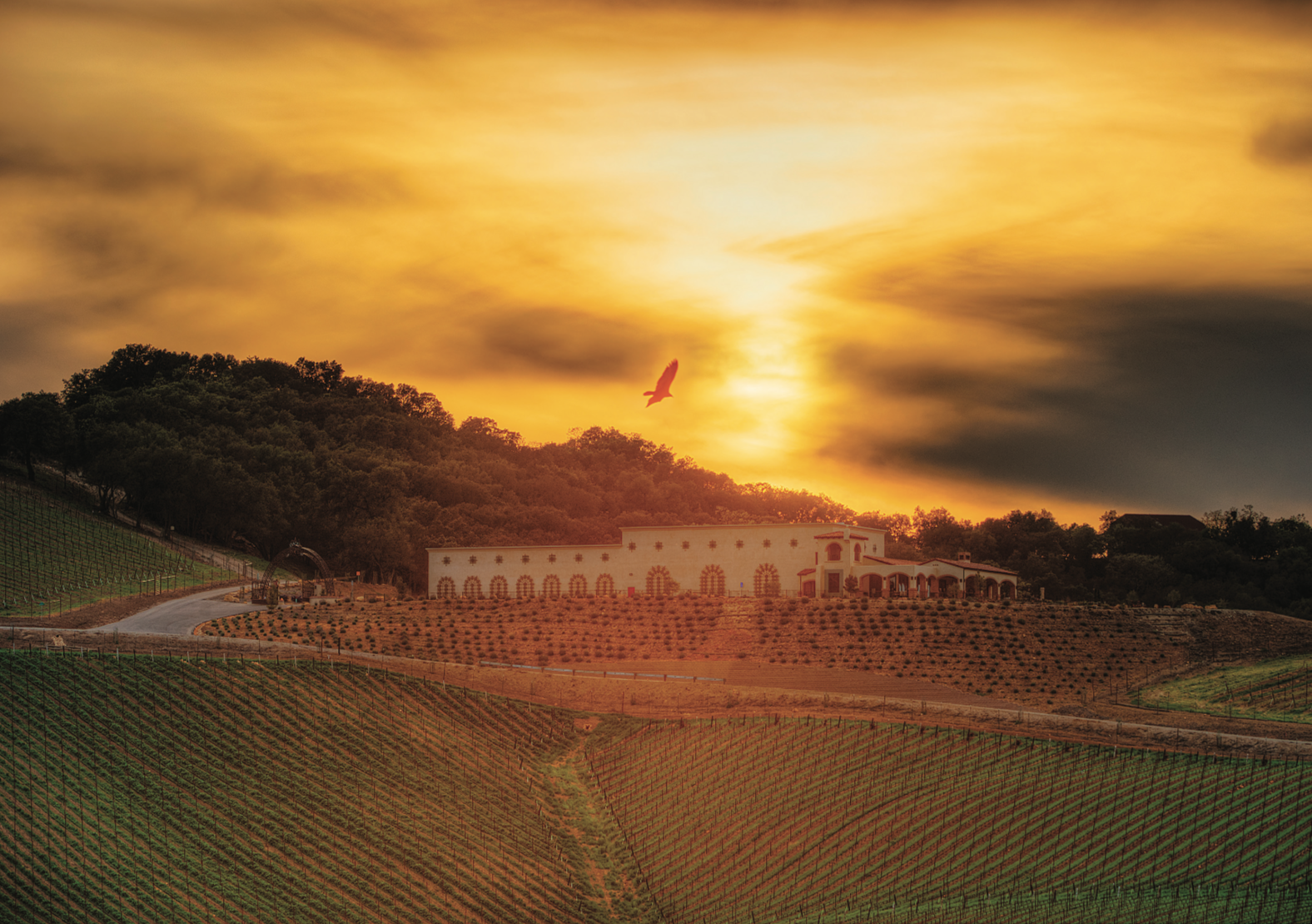 For brothers Daniel and Georges Daou of Daou Vineyards, the desire to find happiness was a result of a near-death experience. At the tender age of 10 and 14, they fled their homeland during the Lebanese civil war after a bomb hit their home. Yet, the times of rubble also marked the beginning of a life that they would learn to love … and share.

“Not only did it create a desire to be happy, but it created a bond between us and built tremendous resilience, leaving us no fear,” says Daniel, winemaker of Daou Vineyards.

The young Daou brothers moved with their French/Lebanese parents from Lebanon to France, then to the United States.

“Lebanon taught us how to have a big heart, France taught us discipline, and America gave us the opportunity to live our dream and pursue our potential,” Daniel adds.

With the love and support of family, the brothers took the best of all three worlds and went on a quest to pursue their dreams. With $50,000 from their father, the engineering grads from U.C. San Diego developed a hospital IT network company, Daou Systems. In 10 years, they owned the market share, achieved the fifth largest IPO in Wall Street history then sold the company to pursue their true passion.

As children they were enamored with wine. Surrounded by the culture and idyllic lifestyle, Daniel says wine left an imprint in their soul. They remember the days when they played in olive orchards as children at their grandparents’ home. Over the years, they had a longing to be one with the earth again.

The brothers explored different regions of the world and finally chose Paso Robles in California’s central coast to realize their vision of producing California first-growth wines while fulfilling Adelaida District’s destiny to become the world’s next benchmark for Bordeaux varieties.

Here on the western edge of Paso, they say they discovered a terroir of symmetry, power and purity. Rich, calcareous soils, maritime climate, influences of both the Templeton Gap and Salinas Valley fogs, and steep hillside topography create a spectacular climate for growing wine grapes.

With enviable traits of having calcareous soils similar to the great wine-growing regions of France and weather like that of Napa Valley, the brothers make critically acclaimed wines
— rich, cultish, inky and unctuous — that are comparable to the finest areas of the world.

With all the success, their greatest form for satisfaction is sharing their love and passion with others. “We invite humanity to join us and we deliver this experience in every bottle,” says Georges. “We don’t compete with anyone; we compete with this 2,200-foot mountain at 60-degree slopes, and we are working to unlock its potential.”

Today, Georges and Daniel sit high on this mountain overseeing the vast expanse of a fertile land they now call their own. Their hardships and losses will never be forgotten, but the seed contained within in them offer realized hopes and dreams.

“We feel fortunate that our parents taught us how to love and how to bestow that love as a gift to others.”