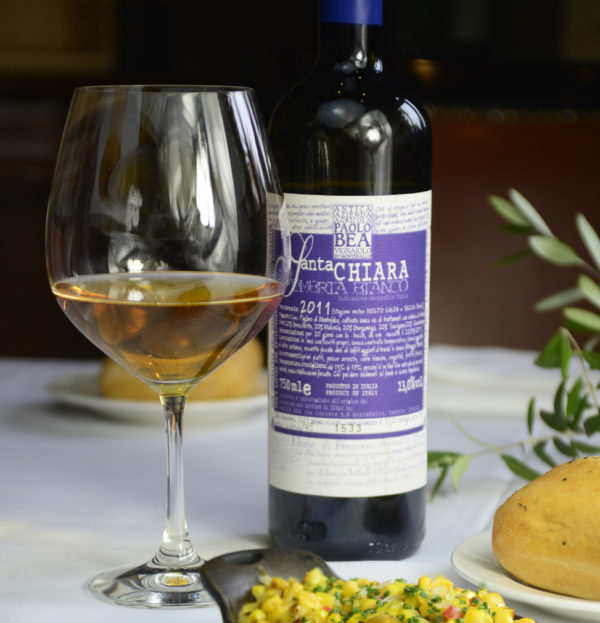 The wine is orange—that would be an accurate observation. But, realize that orange wine is not made from fermented oranges, nor is it laced with Tang. They’re simply white wines made from grape juice left to mingle with its skins for a while, which turns the wine orange, anything from golden to copper to deep amber. More impressive than the rich hue is the wine’s voluptuous and complex characteristics that combine white-wine flavor with red-wine structure, making them excellent for pairing with food.

While skin-contact fermentation has been used for thousands of years, this technique is making a resurgence, with producers such as Gravner of Friuli leading the way. But, take note: Orange wines are only available in a handful of places.

In the Cromwell, Giada offers the 2011 Scarbolo Ramato XL Pinot Grigio from Friuli, Italy. “It truly is extremely versatile when it comes to pairings,” says Kyle Cardin, Giada beverage director and assistant manager. “Despite its orange appearance, the flavor profile is still that of a classic dry, mineral-driven Northern Italian pinot grigio.”