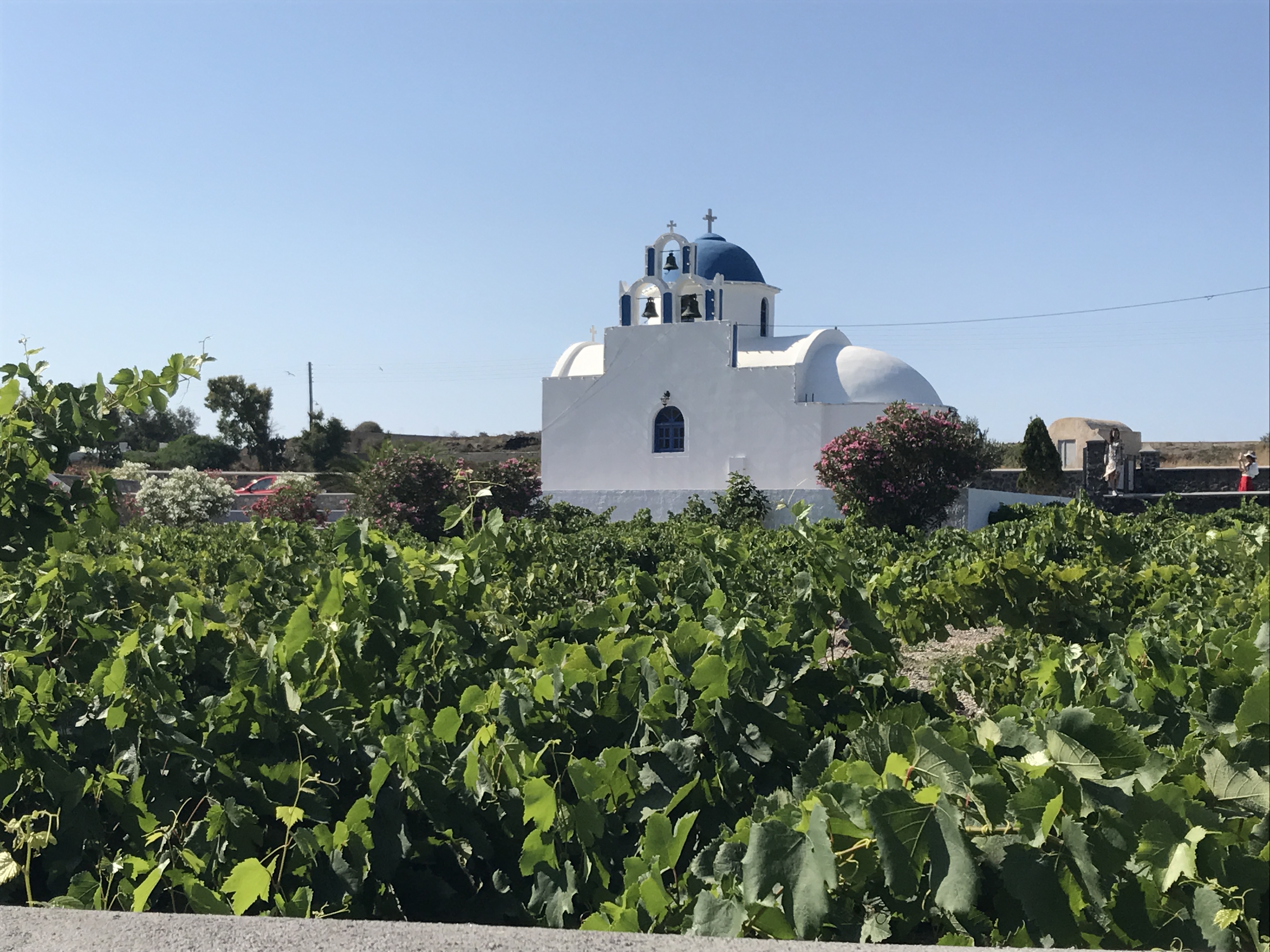 Striking and charming whitewashed buildings topped with azure-blue domes are perched on sheer caldera cliffs that soar out of the Aegean Sea. This is the Santorini that many people are enchanted by. But, to go beyond the postcard is to discover the true beauty and colors of this volcanic island.

As the only inhabited volcano cauldron in the world, Santorini is already special. Sitting  half way between Athens and Crete, its crescent shaped island offers an astonishing array of contrasts. From jagged rocky promontories and smooth downhill slopes to the Aegean Sea, arable land crawling with volcanic rocks, and deep ravines that break up the scrubby plains and the fertile slopes, to grape vines trained in curious shapes, which from above, look like green sea stars invading the land.  And the sea that surrounds the island is clear, blue, and calm.

To scour the land by foot is to notice that volcanic rock is everywhere. From red sand beaches at Red Beach and black lava sand beaches in Perissa, the island’s colors are the product of nature’s wild side. Santorini is essentially what remains from an enormous volcanic eruption that destroyed the earliest settlements on a formerly single, round island. It is the most active volcanic center in the South Aegean volcanic arc. 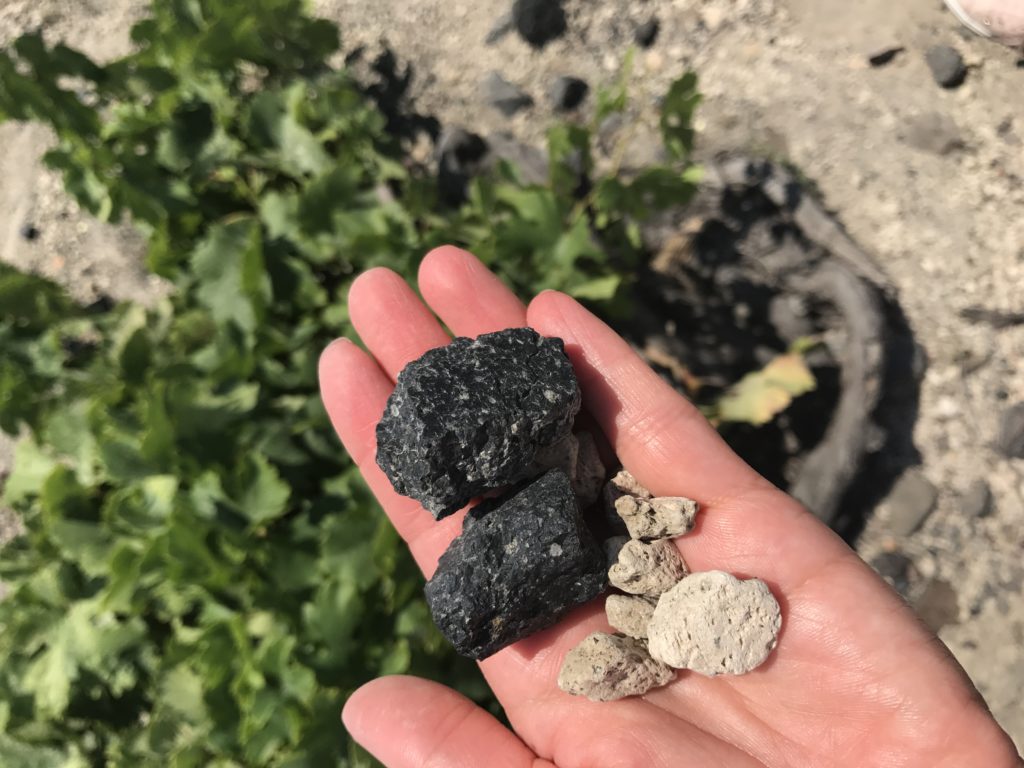 On the island’s beige, rolling plains, the wine country extends from the interior to the caldera’s edge. At the ground level, heavy, black, semi-shiny, angular, fist-sized rocks dot the land. Considerably smaller porous black pebbles and light and airy white pumice stones crunch under the feet like puffed rice. Walking between the vines, the whiff of salty air, mixed with the scent of ash, blows from the sea.

It is this land that Santorini has built its reputation in the international wine market. Its aged vines, some a few hundred years old, were unharmed by the phylloxera louse which couldn’t stand a chance in this soil. The island produces four classic varieties: the white Assyrtiko, Athiri and Aidani, and the red Mandilaria. And it’s no coincidence that they go so lovely with the food.

But, Assyrtiko remains the dominant cultivar on the island, accounting for roughly 75 percent of the total terroir. It is considered the choice white grape for its ability to produce a variety of styles, from the fresh and crisp, to complex and aged, sweet and semi-sweet, to sparkling.

No one knows for sure where Assyrtiko came from, except that it has been prolific on Santorini for hundreds of years continuously.  And, it’s delicious.
The vines, too, are unique to the island.  Each vine is trained in the shape of a coiled basket (or kouloura). In the summer the “baskets” are covered in bright green leaves and within their embrace, the grapes ripen while being protected from the blasts of sand borne by the strong Etesian winds, which would knock the buds before bud-break otherwise.

Finally, from the ground to they sky,  sunsets streak the strata with colors ranging from spring lilac to plum and eggplant, and marigold to amber, as the golden sun sinks into the shimmering sea, only to rise for another glorious day tomorrow.

On Santorini there is no definition of time. It’s a magical destination worth visiting again… and again.