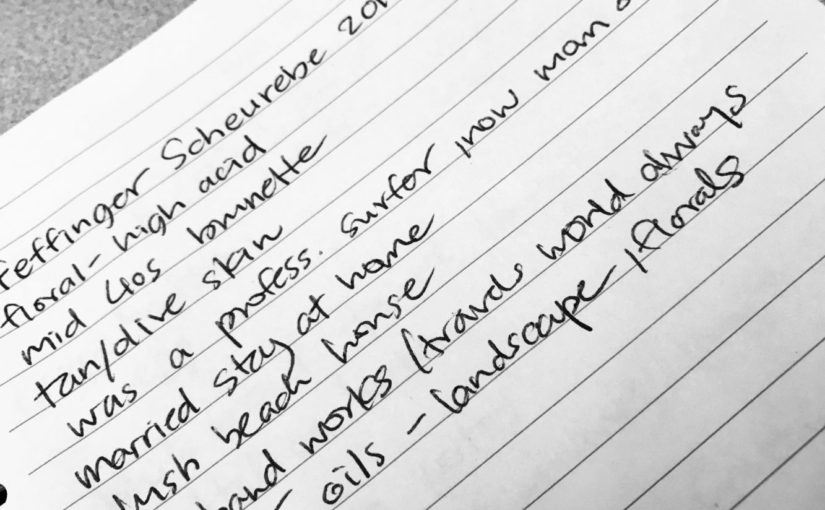 He’s 40ish, Peruvian (maybe), dressed in slouchy indigo jeans and a chambray shirt, standing in broken-in Birkenstocks. And, he is stressed from a recent marital breakup. While this sounds like a person, in actuality, it’s typical of how I describe a wine sometimes. I see people when I taste wine.

Looking back, I think my earliest recollection of describing a person when tasting wine is when I wrote a short piece on Amarone and described her as a beautiful woman from Veneto. I suppose others would agree that my attempt to humanize amarone was pretty accurate. However, at the time I wrote it, I wasn’t aware of seeing anyone in particular; this was just a creative writing exercise and I just felt like describing amarone that way. But, since then I’ve been increasingly seeing images of people in my mind when I taste wine. Could this be a form of synesthesia?

I’ve told a few people about what I see when I drink wine, just to examine their reactions, and I’ve generally received mixed remarks. I get it, because rather than coming out with a description like “lemon peel, crushed rock and saline,” my descriptors are “freckle-faced, youthful 15-year-old girl, whose parents own a bakery specializing in fruit tarts.” I  do think it’s rather bizarre so and I’ve been banishing this reality for fear that I’d get dismissed as crazy and, you know, scrutinized.

But the reality is, I do see people (occasionally) – from all walks of life, people I’ve never met –  appear when I taste wine. So I thought, “why not?” Let me just pour my self-conscious thoughts of wackiness (hardly sophisticated like my wine peers) right here. 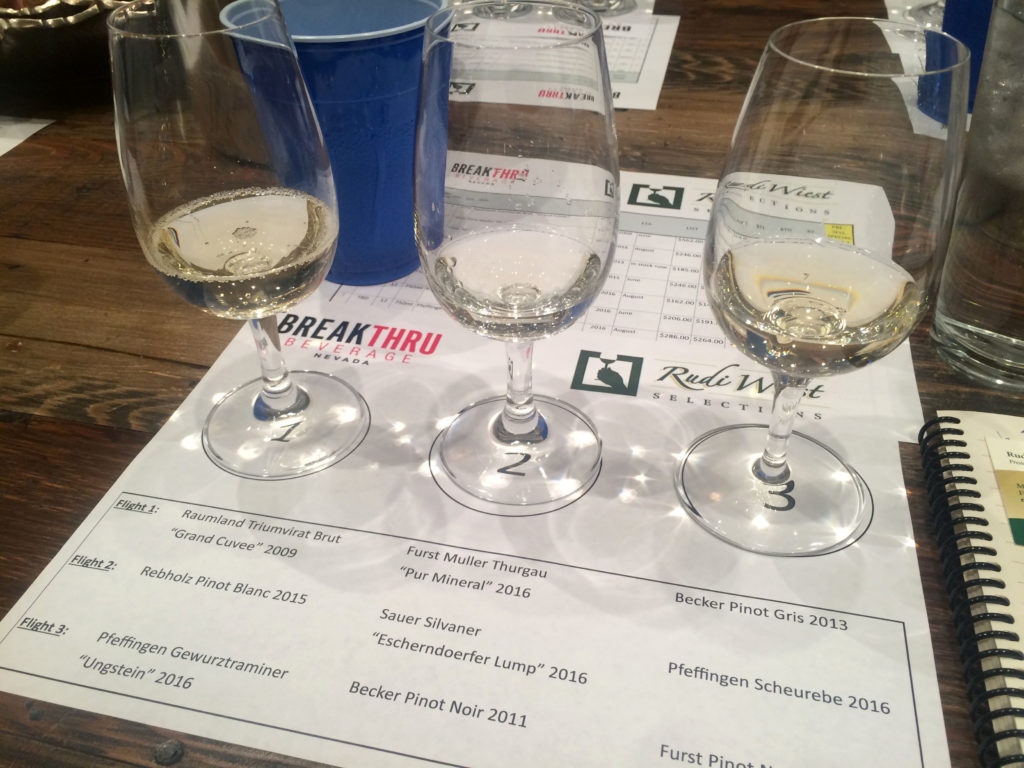 So here I was sitting with all these sommeliers at a German riesling tasting last month. And like a good journalist, I was taking notes of the presentation and describing the flavors and aromas of each wine. Admittedly, I’m not the best at identifying these things yet, so usually my notes are sparse followed by a number of question marks (still need help with this, friends). Anyway, I was enjoying this lovely tasting and at the end of the hour, I noticed that some of my notes were descriptions of people, not the wine’s flavors and aromas. Stunned by my scribbles, I carefully flipped the page so that nobody else would notice.

A  little nutty, you say? Because I think it is. And, I really don’t know where this is coming from. I don’t experience this with other beverages or foods, and I don’t need to have any background on the wine that I’m tasting before someone appears in my mind. As long as it hits my palette and my olfactories, she/he is there – with a least half the wines I taste.

So when you ask me what I’m tasting and smelling in a wine, I’ll struggle to come up with an acceptable description, like “passion fruit, banana, lemon curd and slightly effervescent…” But, don’t judge when I say she’s is in her mid-40s, tan or olive skin, former surfer, but now mother of three who lives in a beach house provided by her husband who is never, ever home.  Once extremely frustrated, she’s now rejuvenated and resilient, pouring her emotions into her new love – oil paining.  By the way, that was the Pfeffingen Scheurebe Trocken 2016 from Pfalz.  And, yes, she was vividly delicious!