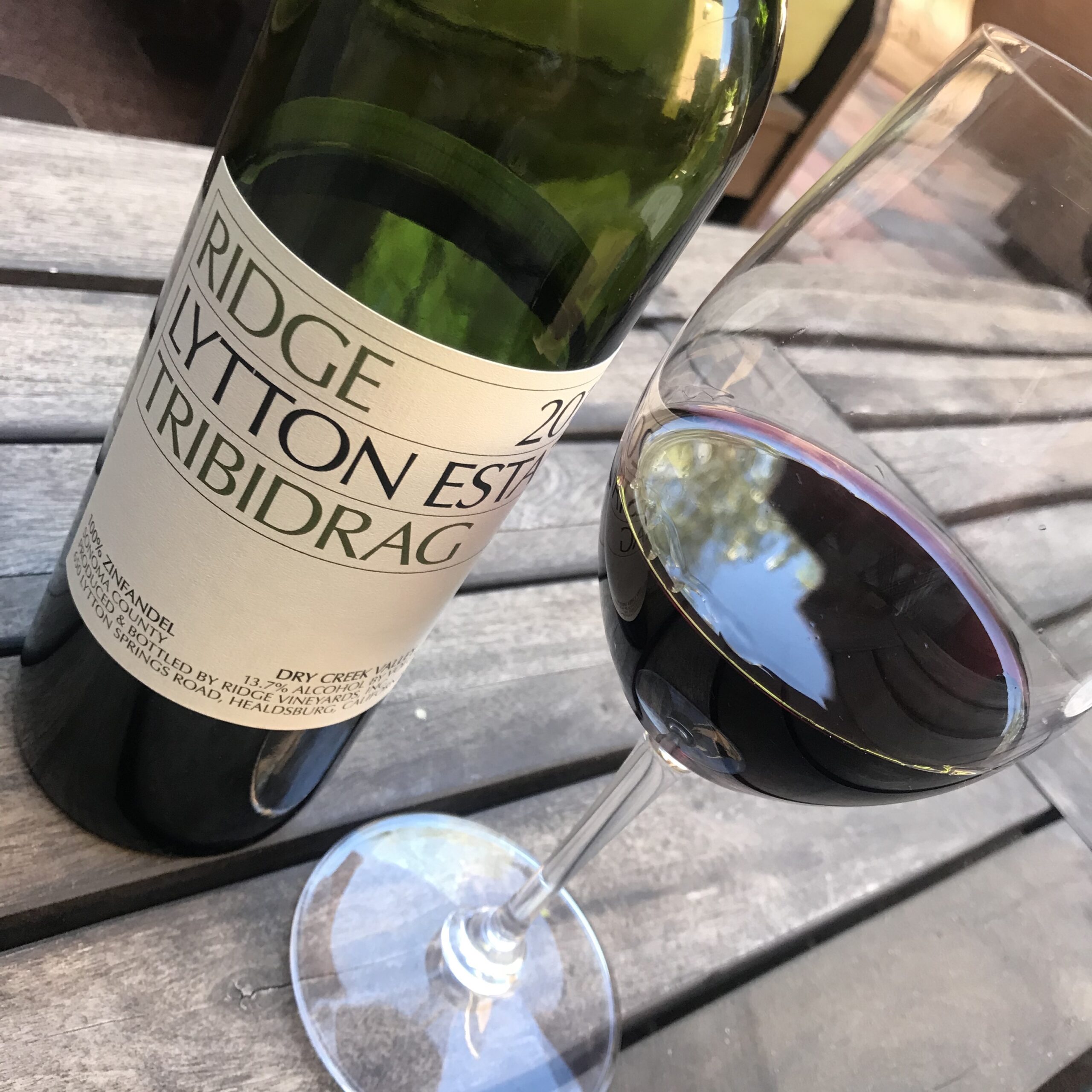 Zinfandel was long-touted as California’s wine. And, for many years, Zinfandel was thought to even be of American origin. But as it turns out, Zinfandel’s story was suggestive of a non-fiction mystery novel, where the beloved grape’s mystique had fascinated wine lovers and winemakers of the golden state for nearly a century. And to their surprise, its roots were determined to be of the old world and from as far as 6,000 miles away in Croatia.

We can thank the many who unraveled the story of Zinfandel, such as professor and geneticist Dr. Carole Meredith, who, together with researchers Dr. Edi Maletic and Dr. Ivan Pejic from the University of Zagreb, pushed the limits for ground-breaking research for its parentage.

Paul Draper, former chief winemaker, now Chairman of the Board at Ridge Vineyards, was “peeked by the great mystery of Zinfandel’s origins.” While he pioneered the production of long-lived, complex, and exuberant Zinfandels during his nearly four decades at Ridge, the California wine producer also financially supported Croatia’s genetic research and later imported the native “Zinfandel” vines into the U.S.

The vines then underwent extensive virus elimination treatment, a process that took 10 years. Then Draper and his team gave the Croatian Pribidrag and Crljenak vines a home at Ridge’s Lytton Springs in Healdsburg, CA as well as at Ridge Monte Bello (in the Santa Cruz Mountains AVA) in 2015, making them the first known commercial planting of Croatian selections in the United States. Finally, in 2020 Ridge released the wine with the name “Tribidrag”, after Zinfandel’s historical name, which is derived from a Greek phrase meaning “early ripening.” The etymology mirrors the Italian name for the cultivar, Primitivo, which is derived from the Latin primus meaning “first.”

The ground-breaking planting of the vines and the launch of the first vintage have both scientific and historical significance. With the goal of planting them side-by-side with American Zinfandel selections and an Italian Primitivo clone, the team at Ridge would be able to observe how each selection would behave on the same site.

But up until then, Zinfandel’s story was woven with promising discoveries that spanned more than a hundred years across oceans and continents. Along the way, a historical chapter revealed similarities with the Primitivo grape, found in Italy’s region of Puglia. The inky and intensely concentrated flavors of wild blackberry that came from Italy’s heel showed that the vine appeared to be identical with some clonal divergence to California’s darling. But, Italy was not the birthplace, nor did California Zinfandel migrate from Italy.

Ultimately, DNA studies confirmed that Zinfandel was actually borne along the rugged Dalmatian Coast of Croatia, just across from Italy. In fact, Croatia proved to have its whole genetic family. But, the passage to the ultimate discovery was more of arduous wanderings. Collecting and analyzing samples and scouring rows upon vineyard rows for clues took years of patience and the efforts of many.

Its journey to California probably occurred around the Gold Rush time in the early 1850s, after an east coast horticulturalist imported vine cuttings from a nursery in Vienna a few decades earlier.

“When most Zinfandel producers were more worried about any competition from other countries producing Zinfandel, we decided to financially support the research that was beginning in Croatia,” says Draper.

Using DNA typing, Meredith and her team eventually identified the lineage of Zinfandel in 2001 when they discovered a match with an almost-extinct indigenous grape from an old vineyard in Kaštel Novi in Central Dalmatia. Local growers made up a name for this vine, Crljenak Kaštelanski, reflecting the coastal region’s name.

“It was a surreal experience, standing next to the most famous grapevine in Croatia with its owner, Ivica Radunic, and the men who discovered it, Dr. Edi Maletic and Dr. Ivan Pejic from the University of Zagreb,” says David Gates, Ridge’s senior vice president of vineyard operations. “Called ‘Crljenak Kašteljanski,’ it is unmistakably Zinfandel, right down to its lyre-shaped sinus and large, fuzzy leaves. But there weren’t many left. Tribidrag was nearly extinct. In that vineyard of 6,000 vines, only eight were Tribidrag.

Yet another discovery of larger, older vines shading a local café on the coastal cliffs was known by locals as Pribidrag, a variety that had been widely planted in their region in the past. And historical findings also confirmed that this vine was also called Tribidrag in its previous life before and during the Middle Ages. It was one of the most important wines used in the Adriatic Wine Trade with the Republic of Venice. This, in turn, made Zinfandel (a.k.a Pribidrag, Tribidrag, Primitivo, Crljenak Kaštelanski) one of the oldest grape varieties from which wine is still being made and enjoyed today.

While Ridge’s efforts were to import these vines to the U.S. to plant and make wine, Draper adds that the discovery process was a dynamic collaboration comprised of many individuals with a vision for the future. He says among these individuals are Dr. Meredith and her two research partners from the University of Zagreb, Drs. Ivan Peji and Edi Maletic, Zlatan Plenković from Zlatan Otok Winery on the island of Hvar, and Mike Grgich, who encouraged the researchers to look to Croatia.

Now, five years after the vines were planted, the wine is released under the name “Tribidrag.” Ridge Vineyards has always stood for producing regional character, terroir-focused, and unprecedented intensity in their wines. Their commitment to discovering the history of the land and preserving the vine’s vitality pays homage to tradition and entertains the next chapter in Zinfandel’s story.

Tribidrag was essentially made from three surviving vines from the Dalmatian coast. 2017 marks the first harvest from this vineyard block. I visited this block in Healdsburg in the early spring of 2016. Intermittent rains made the clay soil thick and heavy. The vines were just budding.

The following year, after a mild and wet season, the organically-grown fruit was hand-harvested, destemmed and crushed; fermented on the native yeasts, followed by full malolactic on the naturally-occurring malolactic bacteria. then aged in American Oak for 14 months.

This is the kind of Zinfandel I prefer to drink, which is leaner, less jammy, but still fruity. On the nose, Tribidrag shows a restrained bramble of wild raspberries, floral, spicy, and savory. The medium-bodied wine leads to blackberries and dark cherries and herbs, smooth tannins and nice acidity. Easy to drink and food-friendly.