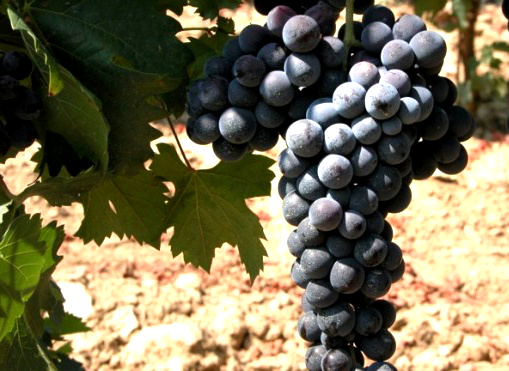 Wine made from the Ruchè grape has a beguiling aromatic promise of delicate, fresh blossoms of violets, geranium, lavender — sometimes expressing white fruits of quince and fig — while capturing cinnamon, spice and black pepper.

This distinctive beauty harnesses wildly redolent red berry characters and delightfully fits the demand for a light- to medium-bodied red wine that can be served slightly chilled and stir conversation.

“Rarely does one encounter an aromatic red variety boasting such remarkable structure and balance,” said Cameron Abbott, national sales manager of The Piedmont Guy, an importer who specializes in a Piedmont-specific portfolio.

Yet this red grape, which only was produced and consumed for many years in the town in which it is grown, remains on the cusp of discovery outside of Italy.

Ruchè was saved by a priest who cultivated vines on a small plot of land in the town of Castagnole Monferrato in the Piedmont region of Italy.

Rev. Don Giacomo Cauda wanted to make a wine that celebrated its local origin and, at the same time, help his small, economically challenged village.

Known for quickly changing out of his liturgical vestments immediately following mass to climb onto a tractor, he embarked on a mission to modernize the church’s vineyards and winemaking techniques. He wanted to create a wine made with 100 percent ruché grapes grown in Monferrato.

What resulted was a dry and pure varietal wine from a grape, which was up until the late 1970s, vinified sweet. Eventually, he inspired the entire town to cultivate its very own few rows of ruché vines and turned subsequent harvests into large celebratory town feasts.

Ruchè’s recent revival and ability to pair well with local cuisine and beyond has promoted its discovery outside of Italy.

“Ruchè di Castagnole Monferrato is a rare, aromatic, dry red wine not unlike a Black Muscat that lives in a very finite area of the Monferrato area of Piedmont,” said Ian D’Agata, award winning author of Native Wine Grapes of Italy.

“This pretty, but still relatively little-known grape gives beautiful wines that are amazingly perfumed and match well with a number of foods, and especially so with ethnic cuisines involving spices and soy sauce.”

It is perhaps still one of the best kept secrets of Piedmont, despite the region’s hierarchy of powerful, great reds. Where Barolo is king, Barbaresco is queen, with barbera and dolcetto wines rounding out the stratum, the lesser-known class had always included ruché.

The rise of red royalty in Piedmont didn’t always exist, however.  The distinct cultural endurance in a place like Piedmont, despite the attention paid to its wines, remains a place firmly rooted in tradition.

That means having a spectrum of wines for different occasions is imperative, so it’s not uncommon for the resurrection of a grape varietal, such as ruché, to occur.

Today, roughly 700,000 bottles are produced and 30 percent are exported. To find and taste it is like discovering rubies — rare, beautiful, fiery, provocative and playful.

His wine is hard to find, but is a purely delicious liquid gem in a glass. The 40-something Gatti was born and raised in Castagnole Monferrato. In fact, the La Miraja estate is nestled within the original castle of Catagnole Monferrato, which was constructed in the 11th century and retrofitted to serve as a cellar in the 1400s.

“I’m fascinated by the perfume. I drink Ruchè for the perfume,” said Gatti. “You lose a part of that when you put the wine in wood.”

Gatti vinifies in stainless for this reason and subsequently ages his wine in concrete for six months prior to bottling.

CONTINUE READING where this story was originally published in CLASS MAGAZINE.