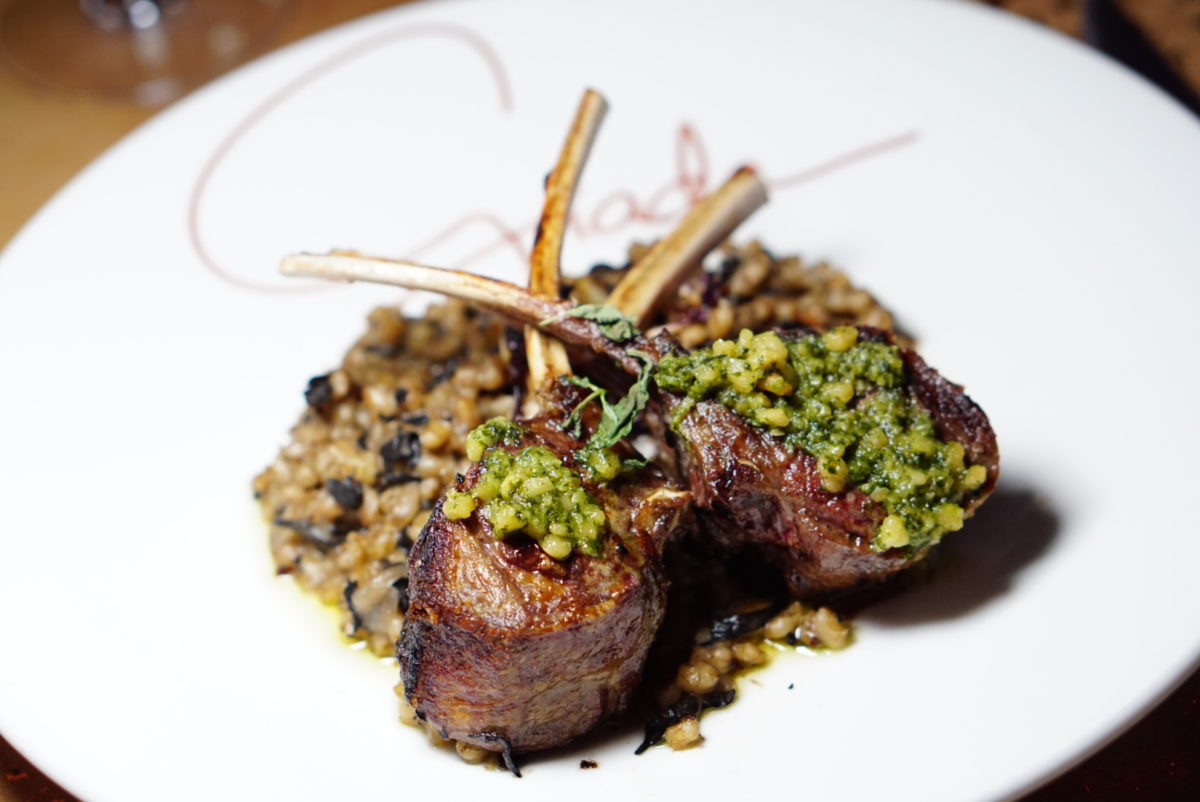 Light, fresh and simple. This is Giada De Laurentiis’ style.  And inside Giada Vegas at The Cromwell, she greets summer with seasonal dishes that stay true to Italian classics with a casual California spin.  New tastes to discover is the generously portioned charred octopus panzanella, prepared with tomato, asparagus and charred tomato vinaigrette.  Pair it with Borgoluce’s prosecco superiore for a little effervescence. 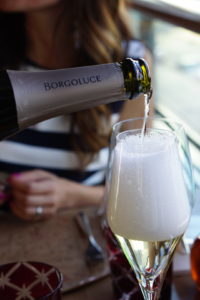 For the secondi, the fettuccini with sweet garlic scampi with heirloom tomato. With a light touch of cream, this dish paired perfectly with a the 2015 La Rocca Soave by Pieropan, which offered some brightness to cheer it up.

The third course was choice was between the seared scallops with sweet corn, prosciutto crisp and sauce piperade or the lamb chops with charred radicchio, black barley and walnut min gremolata.  Both were hard to resist passing up.  The scallops were tender gems of the sea and when paired with a Kerner from Alto Adige, it was seemingly alive.

As for the lamb chops, sommelier Chloe Helfand suggested a 2014 Syrah-driven Sangiovese by Il Borro called Pian di Nova.  It was a luscious pairing indeed and also one of the most flavorful lamb chops I’ve had this year so far.

Finally, for dessert the salted caramel and berry panna cotta and chocolate hazelnut crunch were two distinctly different offerings and perfect for sharing alongside a steaming cup of cappuccino.