Author Walter Alvarez said, “What makes rocks so wonderful is the fact that they barely change at all, and as a result, they… preserve the way they formed, whether a million years ago or a thousand million years ago.” In his book  The Mountains of Saint Francis he traces Italy’s billion-year geologic history.  Being a lite geology enthusiast myself, as I drove through the Monferrato region last spring, I imagined that this area was under the sea four to five millions years ago. And as I am constantly educating myself about terroir, I’m reminded of how it relates to wine and how the whole story comes together in the glass.

It was a beautiful day, scattered clouds, green hills as far as the eye could see with the snow-capped Alps in the distance. Life and beauty of a different kind emerged when the earth’s tectonic plates shifted and when the sea receded, leaving a lot to discover and to talk about during my visit.

The Monferrato region in northwest Italy has been making wine for over a thousand years. After a pause in agricultural interest during the industrial boom in Turin and Milan in 1960s and 70s, renewed vitality has moved Monferrato into vision again, much thanks to passionate wine producers, Consorzio Barbera d’Asti a Vini del Monferrato and individuals like Italian wine guru and author of “Native Grapes of Italy,” Ian D’Agata.

I was fortunate to be there under his guidance through the 3iC and Indigena courses to learn about native grapes and wines that come from this glorious region. Ironically, our relationship started on a subject of a grape named Ruché from Monferrato a little over a year ago when I reached out to D’Agata asking him to tell me all he could about it and its origins.

Now, here I was standing on the soils of the celebrated wines of the region, namely Barbera, Brachetto, Grignolino, Ruché, Freisa, Malvasia, Gavi, and the spritzy Moscato d’Asti. It was springtime and the fertile Monferrato was resplendent with picturesque views, gently rolling vineyards, historic buildings and spikes of Italian red poppies adding cheer to the landscape. 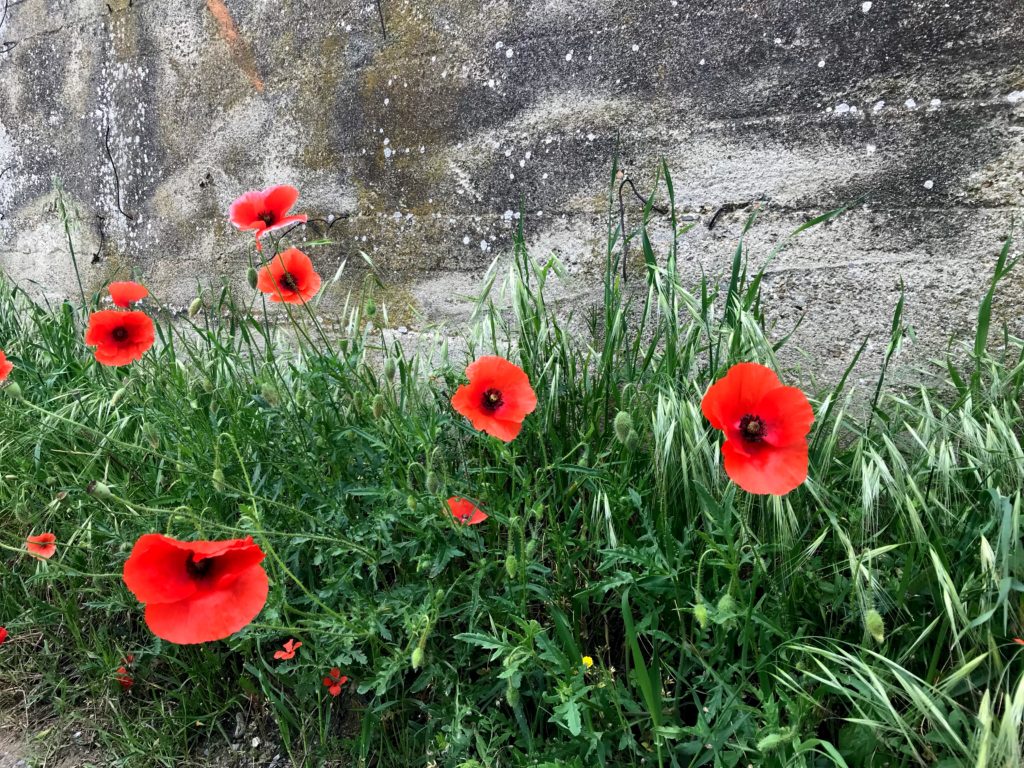 Monferrato’s diversity in its 1,800 square kilometers is astounding. To understand the wines is to take a closer look at the difference in terroir and how they affect the wine.

Simply, Monferrato can be divided into two parts.The first is Monferrato Casalese, which can be referred to also as Basso (lower) Monferrato of which the main towns in the area are Alessandria and Casale.  “Here the wines are going to be richer, darker, less perfumed,” says D’Agata, referring to the calcarious soils that dominate the area.  The other main part of Monferrato lies to the south – Monferrato Astigiano or the Alto (upper) Monferrato. In and around the town of Asti and Nizza, the soil in this part of Monferrato is relatively sandy, as this area rises from the banks for the Tanaro River, producing wines that tend to be lighter, more fragrant.  But this is an over-generalized view. Many areas have a clay and loam mixture with varying quantities of chalk, limestone or sand.

And we found this variation by tasting many examples of Barbera, as in Casina Castlet Barbera d’Asti Superiore, where the grapes are grown on calcarious, limestone terre bianca soil. It only took one sip to notice a more structured wine, “slightly citrusy because of the limestone.” When compared to Vinchio-Vaglio Barbera d’Asti made in more Astian sandy soils, this terroir yields a little less acid, more fruity and luscious, low tannin, “much like the typical Barbera we know.”

About 35 kilometers north of Nizza and many roundabouts later is Portacomaro. This town is in the Monferrato Astigiano were the vines sit on sandy soil and where some of the best Grignolino is made. Grignolino is a lesser known native red grape and happens to be one of those grapes that is affected by the difference in terroir, it grows throughout both areas of Monferrato between Asti and Casale. This wine is a pinkish-medium red wine is of a light frame resembling a big rosato, with aromas and flavors of rose hips and sour red cherries. It’s an acquired taste with high acidity, and crisp tannins that almost make you grimace, but there is this perfumed crispness that makes it quite charming.  Some of the best Grignolino comes from here and also from the right bank of the Tanaro river and together with a classic dish Vitello Tonnato, one can’t go wrong. The few wines I tried include Garrone Grignolino d’Asti – juicy and high acidity but lighter, being that it’s from sandier ground and Rovero Grignolino d’Asti from clay soil had a richer feeling in the mouth, heavier, and less perfumed.

Heading further just a few kilometers north is the commune of Castagnole Monferrato. This is Ruché country, which sits above sedimentary marine layers of calcarious limestone. D’Agata says that Ruché does best in calcarious soils that are dry and well exposed. Naturally, lighter soils help enhance the wine’s beautiful aromas.

This is a wine I absolutely adore.  “It’s an aromatic red grape that is nearly impossible to confuse with other varieties,” says D’Agata. It was founded by the town priest, Don Giacomo Cauda, who took this local grape and figured out how to make a dry wine out of it. Thanks to him, today the entire village comes together to celebrate Ruché at an annual festival.

Sadly, I missed the festival but just days before, a few colleagues and I jumped into a car with Luca Ferraris, winemaker and president of the Produttori del Ruchè di Castagnole Monferrato DOCG. He and his family, too, have been instrumental in bringing Ruché into the spotlight.  The Ferraris family makes a flagship wine from grapes harvested from the original parish priest’s vineyard, Vigna del Parroco, in the priests honor.  His others include Opera Prima, the “jewel” bottle, a big, archetypal Ruché.

The next day, I visited Eugenio Gatti at La Miraja.  It is his wine that originally sent me looking for more and is one of the reasons why I decided to take an extra day to drive around Monferrato on my own.  I had his wine for the first time in Las Vegas when my friend/colleague showed up at the house with it. I immediately fell in love with Gatti’s wine. It’s pure and delicious and harder to find outside of Italy, but definitely worth seeking. More on that visit here.

As I drove away I took in the scenery and felt a deep connection to this place and its history. This was indeed a visit that mixed culture and people, language and friendships, rocks and wine. Does all this terroir information help the general wine-drinking consumer? Not necessarily, but it does provide winemakers and viticulturist excellent guidelines to what they are working with.  And for a rock and wine geek like myself, it’s an amazing thing to realize that these rocks were too deep to be dramatically affected by its historic journey, namely waves of the sea. In turn, they hold an astonishing record of our earth and when you grow vines on top of it and create wine, we’re essentially sipping drops of history.