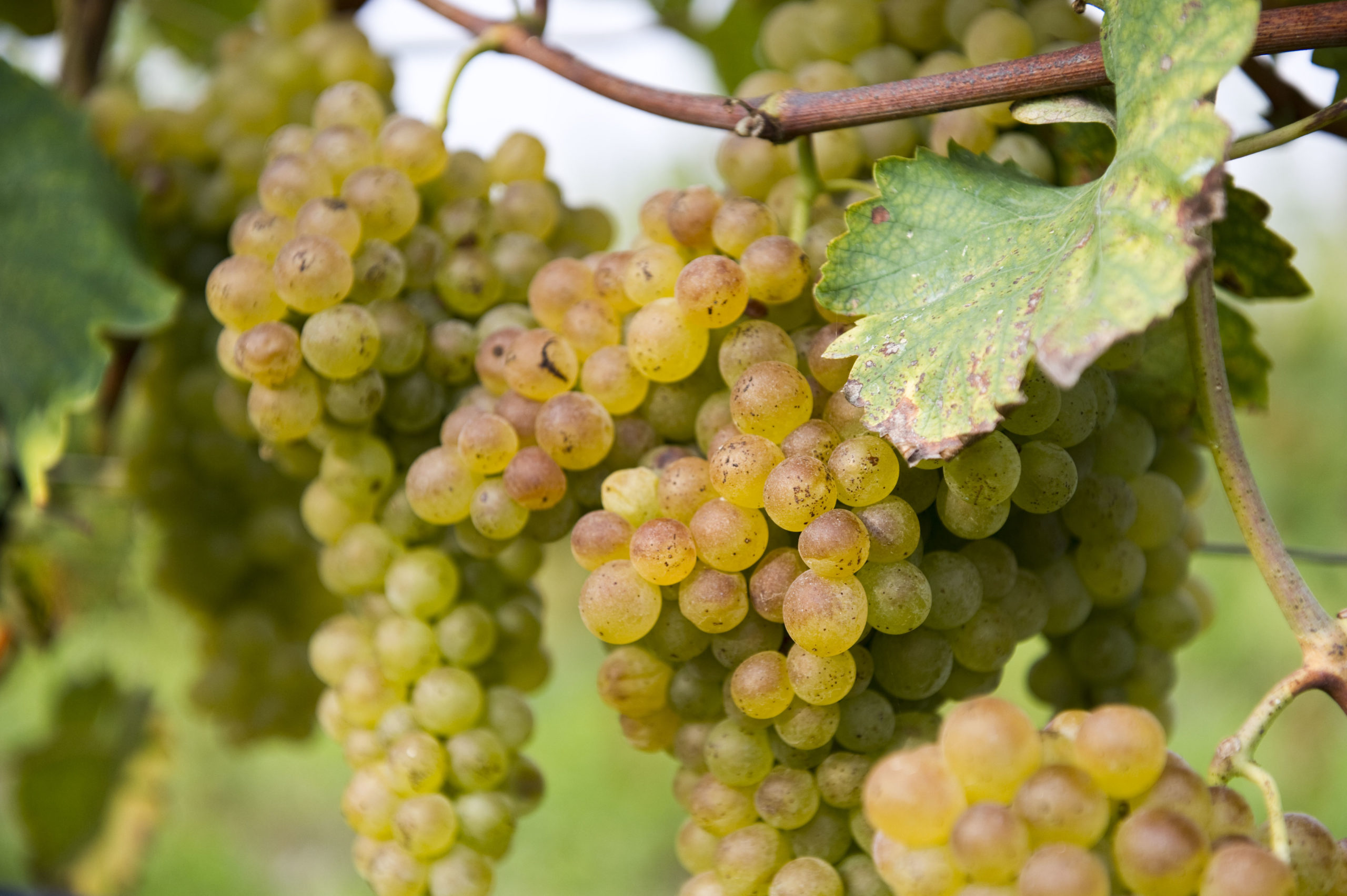 There is something enticing about Lugana. It’s the wine that shimmers with reflections at the southern shores of Lake Garda. A purity, a light, kissed by the sun, fresh and breezy, invigorating. A single sip begs for another.

Even on this cool overcast December day, the crisp, dry wine from this corner of the world energizes the soul – mine especially – knowing that it may very well had its beginnings right where I was standing. For three generations, Le Morette and the Zenato family have operated a vine cutting nursery specializing in indigenous grapes of the Veneto – Turbiana, Corvina, Corvinone, Rondinella, Garganega, Glera – as well as international varieties, such as Cabernet Sauvignon, Chardonnay, and Merlot. Their deep knowledge of their territory and of Turbiana, the grape which makes the Lugana wine, is a result of their commitment to the environment and land for over 80 years.

The Lugana DOC is a small area (seven miles across and five and a half miles north to south) that lies partly in Veneto and partly in Lombardy. Around 90% of the denomination is in Lombardy, in the province of Brescia. Le Morette is situated in the southern banks of Lake Garda in Peschiera del Garda in the Veneto region of Italy.

While the rain poured from the skies above Le Morette’s estate, Fabio Zenato demonstrates the art of grafting at his portable propagation station inside the hospitality center. He and his family have been literally building the plants of that would eventually become vineyards throughout the Veneto and neighboring regions in Italy.

In one hand he holds a small section of a healthy vine of a specific variety,   “Here we can have Turbiana, Corvina, Chardonnay… then on this side [of the machine] we have the rootstock,” says Zenato.

He steps on the pedal,  “kah-chug,”  then again  “kah-chug,” and in two quick steps, what results is a perfectly grafted vine. The technique used is often called the Omega graft, the shape in which two pieces of wood of similar diameter are fit perfectly like a jigsaw puzzle. Grafting is critical because for the most part, grapevines are not grown on their own roots. Instead, the varietal cutting is grafted onto a sturdy rootstock.

Since wine grapes grow on the vine, of course, the successful cultivation of grapevines can be said to be the basis of the entire wine industry. With Le Morette’s sturdy roots in vine production, from their very own vines amidst this unique terroir they also produce wines that are a true representation of the land.

Not far from the estate, the picturesque Lake Garda is dotted with villages that showcase historical, natural, and architectural traits that personify Garda’s diverse charm. Yet, the lake’s benefits aren’t just scenic, it’s also scientific. The common origins of its unique soil and climate contribute to the distinctiveness of the wines that are produced here.

Lugana sits on a relatively flat basin bounded on the north by Lake Garda and on the west, south, and east by low morainic hills that were formed by the southern push of Alpine glaciers of the last Ice Age. Chiseled mountains shelter the lake where winds cool the area’s distinct Mediterranean climate. Within Lugana’s microclimate, the temperature range between day and night remain fairly constant. This provides a “climatic cradle” that is perfect for drawing out the peculiarities of a special grape like Turbiana.

The general impression of a Lugana, should be clean and fresh, slightly straw-yellow in color, typically medium to full body, energetic with vibrant acidity. Lugana’s acidity makes it excellent with food. A pronounced mineral and saline character, citrus, and orchard fruit notes with hints of almond are varietally correct expressions of the grape.

Turbiana (previously called Trebbiano di Lugana), is an indigenous grape closely related to Trebbiano di Soave and Verdicchio, which are biotypes of each other (Italy’s Native Grape Terroirs, 2019, D’Agata). And as in its close kinship to Verdicchio – whose name suggests the grape’s yellow-green skin – the wine has a tendency to show slight green reflections in wine. When vinified, it boasts great versatility and is also age-worthy.

The soil of this area originated from the rocks and sediment which were moved by the Garda glacier. Lugana sits on stratified clays of morainic origin and are sedimentary in nature. They are predominantly calcareous and rich in mineral salts, but in the sloped areas of the DOC, they become more sandy. The clay soils, together with the temperature-moderating influences of the lake, and the hills combine to create a clearly distinct terroir.

“Lugana from Turbiana grapes on clay soil give freshness and sapidity,” says Zenato. Later, while treading in the vineyard, it was evident that these clay soils are not the easiest to work with. Underfoot, the soil was muddy and thick. Times of drought would mostly likely turn them into hard impenetrable clumps. But Turbiana’s vigorous roots drive deep into the soil, reaching mineral depth and complexity. It is these very chemical and physical features that contribute to Lugana’s qualities, lending characteristics of crisp and clean wines of high acidity, balance, and structure.

The disciplinare  states that to label the wine as Lugana, it must include at least 90% Turbiana, but in most instances, winemakers choose to make it a varietal wine. More than 95% of all Lugana DOC wines are dry, still, white wines, although sparkling wines and late-harvest (vendemmia tardiva) dessert wines are allowed as well. Many producers in the area also make other wines in addition to Lugana, including the casual and fizzy pink Chiaretto, Garda DOC sparkling wines, as well as Bardolino and Valpolicella reds.

At Le Morette, the classic bottling is “Mandolara”  which displays attractive fruitiness, lively botanical notes, stone fruit, and a trace of bitter almonds. Mandolara is vinified in stainless, which lends to its characteristic aromatic bouquet that is both pleasant and fresh, with flirty floral sensations.

Le Morette’s “Benedictus” is made from 45-plus-year-old vines. The wine is rich and vibrant, with white stone fruit and field honey notes. Lugana Benedictus has a pale citrine color, with gold reflections. Fresh in flavor with exotic hints of spice, due to the oak fermentation and aging in small oak barrels.

The Lugana DOC Riserva, is a limited edition bottling. Slow fermentation at controlled temperatures and long aging period on yeasts give this wine a punch of personality and elegance. Mineral, complex, authentic to the clay soils from which the wine is borne, it displays typical characteristics of the Lugana territory.

Today, more than 70% of Lugana DOC wines are exported – mainly to Germany, the United States, the United Kingdom, Northern Europe, China, and Japan. But, it’s best enjoyed at its home.

I’d like to express my deep appreciation to the Consorzio for sponsoring my visit to Lake Garda and the Veneto region and to the team at Studio Cru for coordinating this memorable trip.